Today was just one of those days. A crappy brief at work. Feeling uninspired. Long. Moody. And mneugh.
This evening was a little better.
Cooked a tasty dinner of Jerk Sweet Potato & Black Bean Curry. 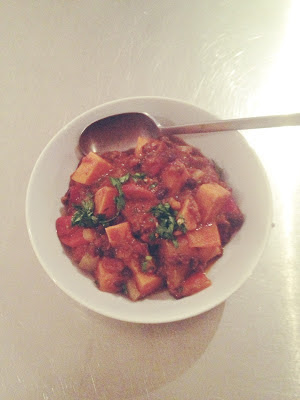 I experimented with my first crocodile crochet stich. 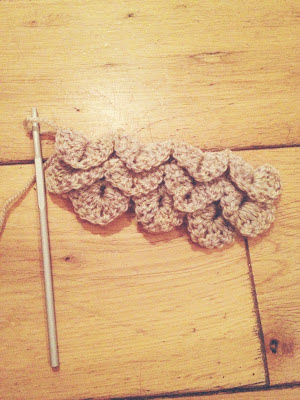 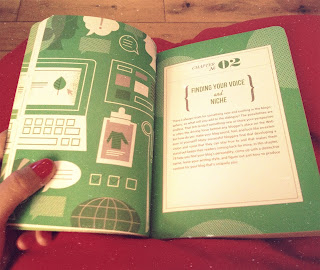 This week I will mainly thinking about:

What will you be up to?
L xox

To ease in to Monday, here’s a little bit of internet pretty.

Really awesome offices (need some inspiration for ours)

Via mywhiteroom
Some of the food I am looking to cook this week, from BBC Good Food

The end half of the year started with eggs. I’ve turned back into little Lauren and have a new love of boiled eggs. Mmmmmm eggs. Now I have boiled eggs almost every day (with soldiers if I’ve been good).

I took part in my first Vinyl Toy custom show – Dragons. Sam has been working in the Designer Toy world for a while now and I’d been dying to have a go, so I bit the bullet (that’s a saying right?) and just DID it. I loved it! My Dragon started as a Kracka and ended up like this:

After a few months of saying no, we made a pretty huge “F**k it, let’s just DO IT” decision to go to America for Designer Con. In all honesty, savings could have been higher, better planning could have been made and 2013 probably would have been the smarter option, but in the end it all worked out petty well! D-con was held in Pasadena over 2 days that lead up to us staying in the West Coast for 3 weeks! We stupidly stayed in Vegas first (lesson learnt) and spent rather a lot of money on the 5¢ machines in Downtown Vegas, which to be honest, was my favourite bit. I loved every minute of it, and will definitely be going back again one day! (One bit of advice, don’t try and walk to the Vegas sign… it’s MILES away!)

From Vegas, our next very brief stop was Hollywood. Had a day at Universal Studios, which was a whole lot of exciting stuff for my eyes… BRILLIANT! We also ate plenty of giant burgers and ‘salads’. It was then on to Pasadena for D-con. Met some pretty awesome people, saw some awesome toys and art, drank beer out of giant jugs (oooohhh) and played a weird curling type game.

If you don’t really know about the Amtrak Coast Starlight, definitely have a look into it if you plan on doing the journey between LA and San Francisco. It’s Art Deco style with a vintage feel that was just spectacular! We booked a roomette, which meant we got all our meals and drinks (not wine) included in the price. You are able to eat in the Parlour Car and take part in the activities on board, like wine and cheese tasting. It was such a lovely journey that I was sad we weren’t staying overnight.

Our next stop was Monterey. We had a short bus journey from Salinas to Monterey with a very chatty bus driver who recommended loads of places to eat and see. We took it upon ourselves to do everything she suggested so when she picked us back up, she was pretty happy that we had ticked all her things to do off the list. Monterey is a really pretty fishing town with amazing houses that you get immediately jealous of. It was a nice middle ground to just be able to relax after the madness of Vegas and Hollywood.

Our last stop was San Francisco. Another place I would have LOVED to stay longer. We cycled across the Golden Gate Bridge, ate more In ‘n Out Burgers, stood on the corner of Asbury and Haight and drank all sorts of beers. I also got some limited edition (limited to San Francisco only) Converse. Giants style WOO!

I’ll do a blog post about each place, as I really want to show more photo’s, but a round-up probably isn’t the best place to bambard you with my holiday snaps.

I have a lot to look forward to this year; one of them is turning 30, EEEEEPPPP!  I am in the middle of making a ‘must do before I am 30 list’ and will post it up as soon as I do. I have some new and exciting things happening this year including a new little business (more info soon!), some exciting workshops and a lot more craft projects, can’t wait to share them all.

Oh, one very exciting thing I WILL be doing is getting my driving license. It’s been a long time coming, but is now the time that I will get it sorted. I actually have my theory test this morning, so I best be off! I PASSED woo hoo.

With it now being quite well in to 2013 (yes I am taking a while to get in to the swing of things) I think it’s a good time to do a little wrap up of 2012. It was a funny year, mainly of me not really sure what direction I should be going in, worrying about nearly being 30, feeling a bit’ errrrrhhh’ and working away to do normal life things like pay the bills and be comfy. But looking back now though I realise I ticked some of the ‘life to-do’s’ off the list and had quite a productive year.

The beginning of the year Sam and I went to Johannesburg to meet my newest nephew Mika. Seeing him and Luca, who’s now 3 and a half, makes me a very proud Aunty.

I finished my second owl quilt, designed by the amazing Boo Davis, for my friend daughter Abi-Lou. I really do love Boo’s quilt designs, and even though I am a little behind, will be making a Robot Quilt very soon! (If you fancy a quilt for yourself, or as a pressie drop me an email and we can have a chat).

Having moved down South, we decided to take our first trip to Brighton. Which I won’t deny, was mainly spent riding the Dodgems and drinking wine. We were like teenagers on a day trip without the parents. We probably needed some supervision for the decision we made, to have a lobster for dinner. Whoops.

My advertising day job keeps me pretty busy, so I really do love it when I get the chance to work for my own clients. I had the opportunity to work on the branding for an amazing South African photographer Cilla Bloom, a project that just seemed to fit together from start to finish.

In June, my sister turned 30 and I was super lucky as I was her 30th birthday present! Her husband and I schemed away trying to keep it a surprise. We managed to keep it shushed till a day before her actual birthday, and I was due to arrive in to SA the following week, pretty close for two very exited people. It was really an amazing time to all be together, thanks again Dave (her hubby) for flying me out! I designed her invitions and place cards for the evening.

Earlier in the year I got my very first Mini Diana , which I LOVE! I am not the best photographer in the world, I am definitely still learning. But once you get the hang of it and you get your photos back it’s all sorts of awesome. The only problem being, I fear a unhealthy addiction to analouge cameras might be appearing!

Anyway, I don’t want to ramble on too much, so Part 2 will come in a couple of days. Even though January 2013 is almost over, I hope your year has been great so far.